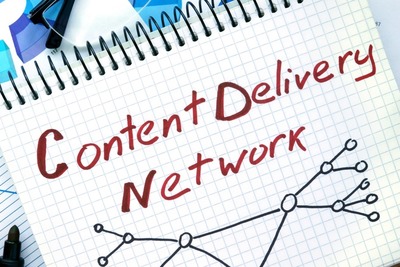 A Content Delivery Network (CDN) is a powerful system designed to improve website performance. The most obvious benefit of CDNs is that they solve the biggest problem caused by latency - that annoying wait time from the moment the user requests a web page, to the point when it's finally onscreen. Two main factors cause this delay. The first is that a choke point gets created when too many users attempt to access a website located on the same server at the same time. The second is the time delay caused when electronic signals travel over great distances. For example, in a Canada-to-Australia Skype call - a question asked from Canada takes several seconds to get to Australia, and then the response takes about the same amount of time to travel back. So there can be a delay of roughly 4-6  seconds experienced between asking a question and hearing the response. This delay would be maddening for a user surfing a website on the other side of the world. The ingenious solution to this problem is to provide mirror or duplicate sites known as Points of Presence (PoPs).  Each PoP contains numerous caching servers responsible for content delivery to visitors within its closest proximity. So, CDNs not only reduce the load on any one server but make the caching server physically closer to the end-user. To visualize the difference between single server and a Content Delivery Network, consider this image by Kanoha - here you can see the bottleneck that can occur when many requests are made to a single server versus a Content Delivery Network.

1. Improved Page Load Speeds Through Load-Balancing The number of concurrent connections to a single domain is often restricted to about six simultaneous connections with the seventh usually blocked until one of the previous files is received. Because CDNs are distributed, there will likely be several cache options outside of the domain, allowing users to download additional files at the same time. In effect, PoPs enable the load-balancing of the multiple requests from many different users who might make requests all at the same time.

2. Increased Performance Over Distance Content Delivery Networks store a cached version of its content in multiple geographical locations. What this does is reduce the measurable delay in the time it takes for an electronic signal to physically reach your website's server and then return to the user, called Round Trip Time (RTT). This minimizes “latency” or the time it takes for the host server to receive, process, and execute an object request. Therefore, the physical location of the facilities is an important consideration. You should always want your PoP to be in a data center located on a prominent hub. This requires that your provider has established peering agreements with other CDNs and major carriers.

3. Tighter Security A CDN can block known attacks at its layer and distribute or absorb both Denial-of-Service (DoS) or Distributed Denial of Service (DDoS) attacks. A DoS occurs when an attack is made on a single server by inundating the targeted server with superfluous requests which then overloads the system. A DDoS attack is where multiple attackers converge on a single server resulting in a DoS. Because a CDN has multiple PoPs, the probability that the attack will target every single redundancy is significantly reduced. In short, CDNs can help prevent a concentrated attack on any one user.

4. Configurability/Optimization One significant advantage that leading CDNs provide is allowing their customers to request services aimed only at specific target audience geographies. Rather than having CDN turned on everywhere, all the time - you can select where you want the most impact. There are a number of other fine-tuning options and this has the effect of boosting traffic to higher impact locations with reduced cost.

5. Better Analytics Since CDNs have to account for their charges to clients, file usage reports are automatically generated and can be given to customer routinely and usually at no charge. These reports are often of a much higher quality than the user can create internally and they are typically more detailed. This applies in particular to analytics of video views and file downloads.

6. Video and Live Streaming Video and live streaming have now become commonplace, and the demand significantly increases the bandwidth needed. When wait times are too long, you start losing visitors as discussed by LoadStorm. To address this, some offerings like Cartika's CDN include performance and reliability enhancements precisely designed to serve fast and efficient video and live-streaming. There is one emerging trend that is not completely addressed by CDNs, and that is mobile device latency. However, when the first CDNs were being established a few decades ago, their cost was prohibitive for all but the largest organizations. Since then, costs have shrunk, and service has radically improved. It's not unreasonable to believe that similar gains are far off for high-performance Mobile CDNs. Content Delivery Networks are not just for big brands anymore. Economies of scale and global partnerships have reduced the cost of CDNs - now putting them within reach of most companies. Affordability, plus CDNs impressive list of benefits all combine to make adopting it a wise choice in most circumstances.