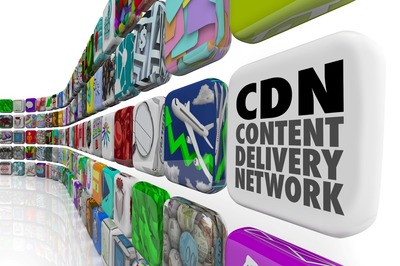 Small to mid-sized businesses (SMBs) are afforded a great deal more opportunity today than in years past. Cloud-based infrastructure and software offerings have provided smaller organizations the ability to leverage technology in ways previously limited to big enterprises. CDNs or Content Delivery Networks for SMBs highlight one such example. Previously the domain of the major global websites,  CDNs are becoming increasingly important and well within reach of smaller companies. With the advent of pay-as-you-go CDN services, any business can improve website performance and expand its presence regionally, nationally or around the world for pennies a gigabyte.

Smaller companies typically contact a local web hosting provider, set up a site and trust that their content will reach their clients wherever they may be and with high speed. Unfortunately, simple web hosting - especially shared hosting - is usually limited to a single server or VM, and delivers all of the site’s data at once, no matter where the request is coming from, or the speed of the connection at the remote end. The result is that the performance of the site will drop considerably as end-users get further away from the source and the content being delivered becomes more complex. This is problematic because today’s web pages are larger than ever before, comprised of video and streaming content, high-resolution images, and other media. According to Wired, the size of the average web page tops 2.3 MB  - nearly the size of the installer for the shareware version of the original Doom video game. Wired notes also that many sites, including their own, exceeds this by a fair margin (7.8 MB for Wired’s homepage). This means that latency and packet loss over great distances will be felt all the more by remote users. Content Delivery Networks for SMBs will speed up delivery and ensure clients are served the requested static and dynamic content from the quickest (likely the nearest) possible source, from virtually anywhere. This is accomplished via a geographically dispersed network of servers that cache the content of a site, serving it up on demand. Although less critical for a neighborhood pizza place, a growing business with eCommerce and other resource-intensive applications will gain significant benefits, even if their target market is somewhat local.

How do SMBs Benefit from CDNs?

To better understand the importance of a CDN, it's easiest to look at some of the key benefits and advantages they provide. Improved Page Load Speeds: Browsers often restrict the number of concurrent connections to a single domain. This is typically limited to 6 concurrent connections, and the 7th is generally blocked until one of the previous files is received. Because CDNs are distributed, there will likely be several cache options outside of the domain, allowing the download of additional files at the same time. Increased Performance: With high-capacity infrastructure, and distributed data centers, CDN service providers offer far more capacity and scalability than the average hosting company. They also take advantage of a network of globally distributed servers, often referred to as Points of Presence (POPs). Tighter Security: A CDN can block known attacks at the CDN layer, and distribute/absorb DDOS attacks across the global network. Configurability/Optimization: The leading CDNs allow users to tailor their services to meet specific needs. This ultimately helps clients save money by boosting their traffic more precisely to higher impact locations. Analytics: CDNs offer file usage reports as a matter of course - they have to account for their charges. These reports often supplement standard website analytics, and can offer better oversight of video views and downloads. Perils of the Poorly Performing Page The goals of most websites are to: introduce a company and their products or services; advertise; sell goods online; or provide a web-based service. If it doesn’t succeed at those goals, it's all for not. Nothing can kill the momentum of a growing business relying on web traffic faster than slow pages loads. According to Loadstorm:

Expand your web - don’t get tangled in it! Virtually all companies rely heavily on their websites to grow. They expect their web presence to reach out to prospects far and wide in delivering the marketing message. Unfortunately, if your site loads slowly, that message will never be seen as people will get frustrated and leave. According to Radware,  “a one second delay in page time equals a 7% loss in conversions, 11% fewer page views and 16% decrease in customer satisfaction”. What does this all mean? It means that for a small to mid-sized business trying to expand its markets and optimize user engagement, a CDN should be a serious consideration! If you have a 5-page website, and your business is strictly local, you can probably stick with traditional web-hosting services without adverse effect. But as you expand your reach geographically, grow your site, and add more multi-media elements, performance will be a must.  Even for smaller companies, CDNs have become a wise and affordable investment.