Explaining The Cloud To Non-Technical Users 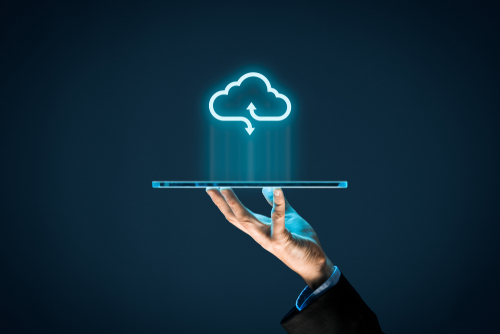 If you've been in the IT industry for a while, you'll have an almost instinctive familiarity with what the cloud is, its various modalities, deployment models, and types. Intuitively, one would think that a deep understanding would make the cloud easy to explain to less technical people, but in fact the opposite is true. It's very difficult to put yourself in the mindset of someone who lacks the conceptual framework that those of us who have been around enterprise IT for a long time have developed. That's a worry because the cloud is one of the most disruptive and ubiquitous technologies of our era. It has impacted businesses of every sort at every level. It's not just us nerds who need to understand the cloud, everyone who runs a business needs to understand it and the advantages it can bring. It's especially important when we're trying to explain the advantages to non-technical people in our own organizations whose understanding and cooperation we rely on to get things done. Not long ago, I was talking to a friend of mine who runs a small business making bespoke dresses for special occasions. Her entire business — customer databases, financial records, payroll, stock management, and so on — runs on an ancient server sitting in the back room of her store. The thing is on its last legs and overheats constantly. She asked me for advice about replacing it, and I suggested that instead of buying a new server and licensing the software she would need, she instead migrate her data storage into the cloud and move her stock management and CRM onto SaaS applications. My friend is a very intelligent and moderately technical person, but she had no idea what I was talking about, and I had considerable difficulty reframing the explanation in a way that was clear to her. I write about the cloud all the time, but I'm used to assuming a certain background of knowledge that the vast majority of people, whether they're lawyers, executives, retailers, mechanics, plumbers, or dressmakers, don't have. The lesson I learned was that I need to think hard about my own assumptions and knowledge when I'm advocating for the cloud, because otherwise people are going to be bamboozled in the same way I would be bamboozled if someone tried to explain the minutia of tax law to me. Next time you're explaining the cloud to non-technical colleagues or friends, don't start with a detailed explanation of virtualization; start with the idea of a computer and what it would mean to have an application that mimics a computer. Don't start with SaaS CRM applications; start with Facebook. There are some concepts almost everyone understands: they know what a computer is, they know what a mobile application is, they know what the internet is. In order to effectively communicate the idea of the cloud sometimes we're going to need to put the jargon aside and build a picture of what the cloud is from concepts that people already have a grasp of. Image: Flickr/fontplaydotcom