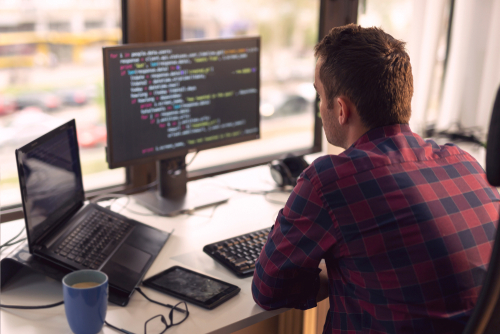 Occasionally, I wonder what might happen if the Internet just stopped working one day. It’s not a terribly pleasant thought, is it? These days, we’re so reliant on our connectivity that if some outside force were to strip it away from us, it’d likely lead to a complete societal collapse. There are upsides to this reliance, of course – particularly if you’re in the field of web development. If you’re capable of stomaching the learning cliff and the long hours you’ll likely end up working, there’s never been a better time to be a web developer. So long as you’ve got the right knowledge and skills under your belt, you’ll never be wanting for new clients. After all, as long as the Internet exists, someone’s going to want a website built. Although web development as a field is booming (it’s actually one of the fastest-growing careers in the tech industry), that doesn’t mean there won’t be competition. There are scores of web developers out there, and unless you’re veteran, I can all but guarantee they’ve probably more experience than you in one way or another. It goes without saying that you want to do everything you can to give yourself a leg up on these competitors – and that includes learning the most important programming languages in web development.

Full-stack Javascript is currently one of the most in-demand programming languages on the web, and there’s absolutely no indication that it’ll taper off at any point in the near future. Usable across multiple web browsers, it’s considered an essential component of interactive websites; it can also be used to code video games and desktop applications.

Although it’s considered a beginner’s language in some circles, don’t think this makes Python any less powerful. This programming language is used by the likes of Google, Yahoo! and even NASA; it also powers the web apps for Instagram, Pinterest, and Rdio.  Given that this high-level, server-side script is designed to work with both mobile and desktop devices, it’ll be an invaluable addition to your repertoire – particularly given the ever-increasing focus on smartphone and tablet browsing.

Another server-side scripting language, PHP is noteworthy in that it powers the likes of Facebook, Digg, and – perhaps most importantly – WordPress. It’s also free. It should go without saying that if you’re planning on doing any development for the world’s most popular blogging platform (and you probably should plan on it), you’ll want a working knowledge of PHP.

Surprisingly enough, HTML might actually be one of the most difficult languages on this list to learn, primarily because of its relationship with CSS3. According to Techopedia, front-end developers these days on-average earn higher wages than server-side developers, due to the inherent difficulty (and undeniable power) involved in understanding how the two work together to create eye-catching, easily-navigable websites. The number of developers with the skill-set to use HTML5/CSS3 effectively is sparse compared to those who have a working knowledge of other languages. If you’re one of the few, you’ll naturally stand out.

Last on our list is the object-oriented Ruby, which like Python is designed for the development of websites across both desktop and mobile. Much like Python, Ruby is also considered a fairly easy language for novice web developers to learn, and could provide a good foundation for learning some of the more complex languages. This easy-to-use language is valuable not only because of its simplicity – it also powers the Ruby on Rails development framework, which is among the most-used on the Internet. Although it’s probably best not to think about what would happen if our technology were to spontaneously stop working, our society’s reliance on that tech means that there’s really never been a better time to be a web developer. If you’re willing to put a little effort into learning some of the most popular and most widely-used development languages, you’ve pretty much got guaranteed future employment. Unless someone manages to completely automate the process of website design and creation. Then you’ll probably be out of work.