The Evolution of Infrastructure-as-a-Service (IaaS) 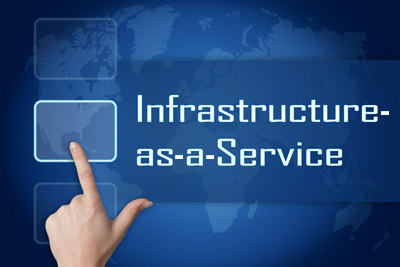 When major leaps in virtualization and other technologies began to converge into what we now call "cloud computing," the IT world began a seismic shift that continues to be a powerful force. Infrastructure-as-a-Service or IaaS grew at a moderate pace for many years but is now accelerating relative to its cloud cousins Software-as-a-Service (SaaS) and Platform-as-a-Service (PaaS). According to a Gartner report released last month, IaaS as a portion of worldwide public cloud consumption grew 31.9% in 2015 and expected to reach 38.4% in 2016 ($22.4 billion). This number was well ahead of the growth for last years' runner-up - cloud security services, and far higher than SaaS, the traditional cloud growth-rate champion. 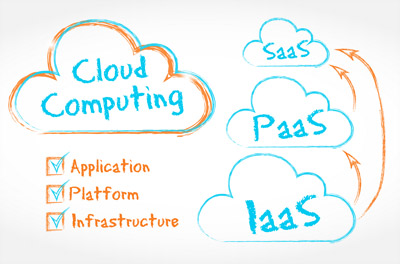 It should be noted that infrastructure provides the underlying foundation for virtually all IT, and every online "as-a-service" offering is reliant on it for success. The best SaaS application ever coded will fail if it's not readily available, reliable, secure, and fast - this was a real challenge for the first SaaS companies. Modern IaaS, often thought of as "public cloud," is an offering predicated on the concept of "self-serve" management by the user, meaning the service provider is "hands-off."  The pricing model in most cases only works well in this scenario. In the beginning, that approach seemed fine as IT people took a while to figure out how to use IaaS and identify which applications made the most sense to run on it. Over the last number of years, several factors have combined to shape how IaaS is now utilized.  These dynamics drive new expectations and demands far beyond the simple, self-serve model available when Amazon first launched EC2/S3 a decade ago.

What is Fueling IaaS Demand?

The IaaS evolution has resulted in more complex IT environments being deployed in the cloud.  A greater number of companies are starting to rely on it for applications they wouldn't have dreamed of putting there five years ago - in other words, more production-class applications.  Although most mission-critical systems are not the mainstay of IaaS yet, IT is starting to trust and embrace it more than ever before. So what has changed?

Are There Downsides with IaaS?

From almost every perspective, IaaS is incredibly powerful and beneficial. Like most technologies, it's not ideal for everyone or for every application. There is still room for improvement in some areas, but we can confidently assume that will continue to happen. The biggest gap and one that's been a challenge from the beginning lies in the realm of support. We talked about IaaS being a self-service driven model. Then, we pointed out how people are "pushing the envelope" in the ways they have started using IaaS. These are conflicting modes of operation, and the casualty is typically support.

When you introduce more complexity and put more demands on an IaaS vendor, there is going to be an increase in the number of questions, challenges, and problems to solve.  Vendors offer varying degrees of assistance ranging from the "we'll get to your ticket when we can" approach to support contracts that cost hundreds or even thousands of dollars a month. For MSPs, finding the right balance of cost-to-deliver and associated support costs is critical. Some providers, such as Cartika have realized that the model will work even better if you provide strong support. Clients are more likely to be loyal, and they often expand their IaaS business and buy other services as well. When users add on expensive support options, the value they get from IaaS may not be nearly as attractive as it first seemed. When choosing a vendor, whether it's a public cloud giant or a mid-sized MSP, buyers need to think very carefully about how much support they may require, and how much that, and extra options will cost  A similar case can be made for properly understanding overage charges as well.

The Future of IaaS

What does the future of IaaS hold in store? Always a tough question with technology, but a safe bet is that we will see continued, if not accelerated developments in the areas discussed earlier - security, value, control, and flexibility. Will IaaS continue its current growth trajectory? Unless some radical new technology comes along to upend the value proposition for agile, robust, and inexpensive outsourced infrastructure - it appears we're on a path of high IaaS growth for some time to come.