Is ProcessWire A Viable WordPress Alternative? 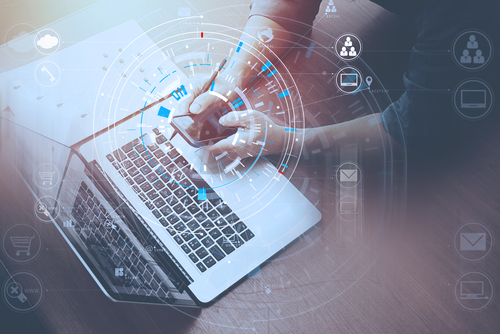 When a popular site switches content management systems, particularly a site like CMS Critic, whose writers we can expect to be well-informed of content management issues, it’s useful to have a look at the reasons behind the change. At the very least, they serve as input for future site deployment decisions. Early in July, CMS Critic, which is owned by Mike Johnston, made the jump from WordPress to ProcessWire, an open source content management system that offers many of WordPress’s benefits. I wasn’t very familiar with ProcessWire, but I am familiar with WordPress, so I’d like to take a look at CMS Critic’s reasoning, consider whether their complaints about WordPress are entirely fair, and whether ProcessWire does, in fact, make a good WordPress alternative for the average WordPress user. CMS Critic has two main complaints about WordPress: it is bloated and it requires a lot of updates. As is pointed out in the article, plugins can cause bloat: a bare WordPress installation is quite sprightly, but load it up with plugins and you’ll soon find it crawling. Because plugins are not subject to a vetting process, it’s not unusual for them to cause resource issues or introduce bugs. That’s a fair complaint, but, in reality, the responsibility for testing plugins lies with site owners, not with WordPress. “Countless times when we were running on WP, we would have no idea that a plugin we installed broke some other functionality within our site until a user let us know. Let me tell you how embarassing [sic] is to get an email from a user telling you your RSS feed is broken” When I run a WordPress site, I always make sure that I run plugin installations and updates through a testing version of the site for exactly this reason. WordPress has a complex ecosystem with thousands of plugins and interfaces. That’s a lot of moving parts and, sometimes, something will break — but it’s not hard to test in advance to see if RSS feeds break when plugins are installed. Apparently, ProcessWire’s developer vets every module before it’s added to the repository; that’s admirable but it doesn’t scale. The cost of vetting tens of thousands of plugins and themes would be enormous, so WordPress leaves it to devs and users. For the most part, that works. It’s unfortunate that WordPress requires so many updates. Users do become tired of it. They can’t tell what’s critical and what isn’t and the frequent warnings to update lead to fatigue. Automatic minor updates address some of the update fatigue, but plugins still require manual intervention, and if, as I suggested above, users have to test every update before pushing it into production, the workload becomes unfeasible. For me though, that’s not enough for me to change to a different content management system. I value WordPress’s ease of use, its massive ecosystem of plugins and themes, and its community. WordPress is as popular as it is for a reason, and it certainly isn’t because of a lack of alternatives. It’s far from perfect, but no CMS is, and WordPress has empowered many hundreds of thousands of non-technical users to publish on the web.

That said, competition is good and I’m very much in favor of there being choice in the CMS space. ProcessWire appears to be a solid content management system and it has some powerful and innovative features, such as an API that the WordPress devs could take some lessons from. It’s fast and appears to have a great community. But, it’s not for everyone. Most non-technical users will struggle with ProcessWire as it is not as out-of-the-box user-friendly as WordPress. To be fair, CMS Critic’s Mike Johnston is talking about his own particular circumstances. He made the choice that best suits his needs and experience, and doesn’t attempt to generalize to every potential use case or user, but, while some of his issues with WordPress are fair, I don’t think the picture he paints of WordPress’s flaws is entirely justified. For most bloggers and small business owners, WordPress is still where it’s at. If you’re a content management expert or an experienced web publisher, or are just looking for something new, I’d strongly suggest that you take a look at ProcessWire, but for now, I’ll be sticking with WordPress. Image: Flickr/hans s