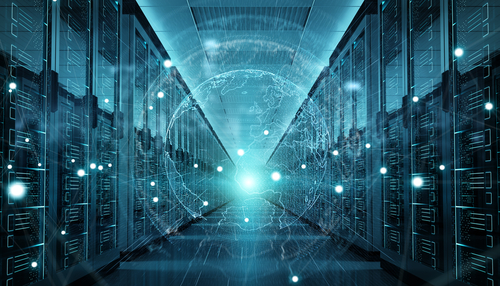 A troubling report was published earlier this month by IT consulting firm Antithesis Group. Through a partnership with Stanford University and TSO Logic, the firm examined the state of data centers all across the world. Among its findings was the revelation that at least 30% of data center servers have been idle in excess of six months. They are, as the study puts it, ‘comatose.’ And there are at least ten million of them. It’d be easy to place the blame solely on technology here. It’d seem a simple thing - sensible, even - to try to say that this sad statistic is the result of organizational complexity, or the challenges involving legacy infrastructure, or any of a wide range of other technologically-oriented problems. Thing is, the tech isn’t the issue. It’s the people managing it. Far too many businesses have massive Information Technology (IT) infrastructure inefficiencies of which they are not even aware”, says Anthesis Group Partner Jon Taylor. “These preliminary findings support the idea that ongoing measurement and management of a business’s IT infrastructure is needed to optimize performance, energy use, and return-on-investment.” According to the report, data centers often end up with excess server capacity because it’s difficult to identify hardware that’s unused or over-provisioned by conventional means. Comatose servers still draw power, they still perform CPU operations and they still use memory. “Data center operators need to look at upstream traffic or user access information per server from central IT management, virtualization, and workload distribution systems” reads the report. “This approach identifies IT resources not doing any useful work so they can be decommissioned without adding risk to the business.” In order to accomplish this, data center operators and businesses alike need to be willing to update their software. They need to look into SaaS solutions; cloud-based monitoring and automation suites that will offer them enhanced visibility and control of their data centers. More importantly, they need to change their management practices so that there’s more oversight in data center operations. “In the twenty-first century, every company is an IT company, yet far too little attention is given to IT inefficiencies, and to the need for widespread changes in how IT resources are built, provisioned, and managed,“ explains researcher Jonathan Koomey. “Removing idle servers would result in gigawatt-scale reductions in global IT load; the displaced power use from that load could then support new IT loads that actually deliver business value.” We live in the era of the cloud - in the era of readily-available, easily-deployed management and monitoring solutions. What that means is that there’s honestly no excuse for a data center not to make effective use of its server resources. Nor is there any feasible reason for businesses to keep old, defunct servers up and running. Now, there’s one last thing worth noting here before we wrap this up. According to IT World’s Andy Patrizio, this study was done over the last few months, so the impact of the Windows Server 2003 migration - which is forcing many businesses to carry out complete audits of their server hardware. As such, the 30% figure could well drop in the coming months - so take the study with a grain of salt. But at the same time, don’t ignore the core message: If there are comatose servers in your data center, it’s time to nut up and shut them down.