Why Are Banks Still So Unprepared For The Cloud? 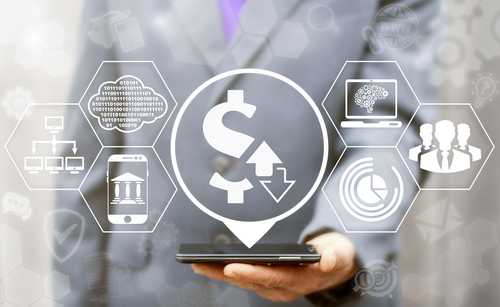 It’s something of a disconcerting statistic - fewer than one third of American financial organizations have a cloud strategy. Other regions don’t fare much better, either. EMEA shows 35% of firms preparing for cloud computing, while APAC is slightly higher, at 41%. Given the immense popularity of cloud computing in both enterprise and the consumer space, these statistics are troubling - even if they do show that more institutions are starting to realize the importance of going digital. What exactly is the root cause here? Why exactly are firms lagging behind to such a great degree? And more importantly, what can be done about it?

Cost, Complexity, And The Need For An Attitude Adjustment

The financial sector faces roadblocks similar to other regulated industries - security concerns, outdated, extensive infrastructure, lack of trained staff, and the cost of adaptation. Ultimately, however, the thing stopping many banks and firms from making this much-needed shift is their attitude. Far too many decision-makers don’t appreciate the value of the cloud or the necessity of moving to the digital realm. And now, they’re stuck with a house-of-cards infrastructure setup that seems nearly impossible to update. “Banks have a mistaken view of technology,” explained Chris Skinner of the Financial Services Club to Computer Weekly’s Karl Flinders. “In the last century, they all held the view of ‘if it ain’t broken, don’t touch it.’ So they had all these core processing systems for deposit accounts and payments that, once built, were never touched again. They were just maintained.” In the past, continued Skinner, this worked. It was an approach that made sense. Building these systems was a significant undertaking, both from a budgeting and labor perspective.  Unfortunately, that also meant that, once constructed, systems became firmly entrenched - so much so that banks simply built additional hardware atop them in lieu of replacing them. “Over the years, the systems were cemented in place by new developments around them,” continued Skinner. “By the time the Internet came around, the cement was so thick that Internet banking was just added, making the cement more like granite rock. That’s the problem: breaking apart the granite foundation of the banks’ technology and replacing it, without any impact on performance or processing.” According to Flinders, that’s not even the worst of it. As it stands now, way too many banks still view IT as complex, expensive, and - perhaps most worrying of all - something they don’t really need to concern themselves with. They still view it as a commodity service. As an aside, that’s probably part of the reason they’re still having so much trouble with security. It probably doesn’t help that many in the financial industry still view the cloud with some degree of suspicion. Though cloud computing isn’t any less secure than a traditional server, many decision makers are nervous about the security risks it potentially represents. As such, even those organizations that are adopting the cloud do so with caution. “Financial services firms are eager to see increased transparency and better auditing controls from their cloud providers, even more so than better data encryption,” reads a report by the Cloud Security Alliance. This isn’t entirely surprising, mind you. Businesses working in finance have a set of strict regulatory guidelines they need to adhere to - and failure to do so could potentially be catastrophic.

We’ve nailed down the reason financial organizations are having so much trouble with the cloud. Before we move on to a solution, I think it’s in our best interests to hammer out precisely why banks and other institutions need to sort out their problems sooner rather than later. A big part of it is tied to customer satisfaction. “According to a Bain & Company report titled “Building the Retail Bank of the Future,” more than half of global financial institutions lag substantially in the ability to create the ‘bank of the future’ experience that customers already expect - integrated, on demand, real-time banking services via a combination of physical and digital assets,” writes The Financial Brand’s Jim Marous. “Bain found that while many banks have focused their digital investments on digitizing transactions that reduce brick-and-mortar cost, less has been done to make the consumers’ banking experience more convenient, easy, and engaging. While consumers have definitely appreciated digital innovations such as remote deposit capture, remote bill pay and other simplified transactions delivered through a mobile app, winning the digital consumer in the future will require more.” For his part, Marous firmly believes that those institutions which fail to provide these services will quickly find themselves replaced by competing organizations that do. Made more agile by flexible, scalable cloud infrastructure, these smaller businesses could all but replace the monolithic banks of yesterday. Many of those older firms, meanwhile, will flounder; unable to adapt to the changing landscape. Competition is only the tip of the iceberg here, however. The biggest threat to financial institutions could come from within. Employees - frustrated at having to do their work with outdated, obtuse systems - are increasingly turning to third-party solutions. The IT department, meanwhile, is blissfully unaware. “Many employees are downloading cloud services like Dropbox and Gmail in the interest of being more productive, while a bank’s IT department is not even aware it’s happening or the potential security problems that could result,” writes Penny Crosman of American Banker. “Indeed, many IT departments distrust cloud services because they do not view them as secure.”

Now that we’ve laid out the challenges and threats, what can be done about them? How can banks get over their growing pains and make the shift to the cloud? There are a few steps to be taken here:

Given the popularity of cloud computing in other industries - and given how much finance firms have to gain by embracing the cloud - it seems strange that businesses involved in finance are lagging so far behind. And yet they are. Significantly, at that. Only by revising their perspective and bringing IT back in house can they catch up. Those that don’t are simply going to be left behind. Image: Flickr/Mike Poresky